Do you want to see the summit of Everest (8848m), the highest mountain above sea level without hiking on a high-altitude trail?

Want to land on the viewpoint of Kala Patthar, the highest altitude that trekkers will reach on their trip to Everest Base Camp?

Then taking a helicopter tour to Everest Base Camp from Kathmandu is perfect for you.

This short journey taking off from Kathmandu to Everest Base Camp break into 4 phases:

★★★★★ 5/5
I conduct my own research and one day I end up on Top1Trekking's website, where information is presented in a straightforward and clear manner. There is important data as well as helpful suggestions, so I decided to get in touch with them. Himalaya has now become true, thanks to this website and the friendly customer service. I visited the Buddha's birthplace (Lumbini), Kathmandu, and its peaceful streets as well as equally vibrant; Ancient, mysterious Bhaktapur; Boudhanath is beautiful at night and looks over the towering mountains on the way to EBC (Everest Base Camp) by helicopter for a very short time. Thank you, Top1Trekking, for customizing my trip full of exciting activities in just a few days. I'll be returning to Nepal to see the country's beautiful scenery and architecture in greater depth. 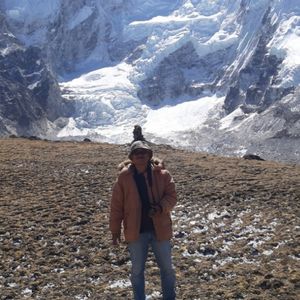 Start your exciting helicopter tour to Everest Base Camp early as the skies are clear in the morning and the clouds usually come in the afternoon.

Be ready at 6:00 AM, driver pick you up from your hotel and take you to the airport. Waiting for boarding and getting on a helicopter and fly east towards Lukla.

Enjoy the great view from the helicopter’s window along the journey:

After 45 minutes of flight, the helicopter land at Lukla airstrip at an altitude of 2,820m. This airport has another name Tenzing – Hillary Airport (Sir Edmund Hillary and Tenzing Norgay were the first to make it to the top of the world – Mount Everest on May 29th, 1953)

Helicopter park at Lukla Airport for refueling then depends on weather condition, aircraft prepare to take off for Kala Pathar

From Lukla, it takes 25 minutes for the helicopter to fly to Everest Base Camp and land in Kala Patthar.

Kala Pathar provides the best “helicopter pad” for a panoramic view of Himalayan peaks. Helicopter land on the summit of Kala Patthar for 10 minutes

Since you reach an elevation of 5,555m in just a short time – you might get sick of altitude if you stay longer.

What do you see?

Note: Maximum of 3 people can be helicoptered between Base Camp and Pheriche as the helicopter is equipped to reach that height with a certain weight. You might need to split the group at this phase.

Leaving Kala Pathar, retrace your journey above the clouds back to Shyanboche airport with views of Ama Dablam, Thamserku, and other Himalayan Peaks beside the famous Mount Everest and Lhotse.

Shyangboche airstrip (3,790m) was only built to serve the Hotel Everest View. At this elevation, it is too high for most trekkers who want to start their hike to Everest Base Camp.

So currently no airlines have planes climb to this altitude, most aircraft landing and departing at Shyangboche are helicopters

At Everest View Hotel, enjoy your breakfast and a cup of hot tea with a great Panorama View of Everest, definitely a highlight of the Everest Base Camp helicopter tour.

PHASE 4: BACK TO KATHMANDU

From Kathmandu airport, you can end your journey by going back to Hotel or continue a half-day tour visiting some UNESCO World Heritage Site that you have seen from a helicopter such as Boudhanath Stupa, Bhaktapur Durbar Square.

Top1Trekking charges a non-refundable deposit amount at the time of booking. The remaining amount you will pay on arrival.

Currency rate
All bookings are charged in US DOLLAR (USD)

Your travel consultant will provide you with details about your booking and your remaining payment (if not paid in full). You will also receive more information about what to expect during your holiday.

AirBus 350 Series will be used for the tour, a powerful – lightweight helicopters which can:

You will face the cold when landing at Kala Patthar & Everest View Hotel. A large number of gears is not necessary but a few items:

A helicopter ride to Everest Base Camp is possible from September to May with the best time falling into Autumn and Spring.

Will the helicopter take me to the top of Mount Everest?

No, the Helicopter is equipped to fly to a maximum altitude of 7,000m. More advanced helicopters can fly higher than the summit of Everest but making a landing at such altitude is tricky as helicopters can spark avalanches or landslides. [1]

In history, there is one test helicopter pilot, Didier Delsalle make the impossible landing on the summit of Everest on May 14th, 2005. The chopper then take-off after 3’’50’’ “on the summit. [2]

What is the highest elevation of the Everest Base Camp Helicopter Tour?

Will it land in Everest Base Camp?

No, Helicopter will fly above Everest Base Camp and Khumbu Glacier and land in Kala Pathar, one of the most beautiful viewpoints in Everest. You only really see Mount Everest from Kala Patthar.

I travel solo so are there any group tour to join the helicopter to the EBC?

Yes, we have groups that depart regularly during the peak season. Please contact us for advice and confirmation of flight dates.

We want to take a charter helicopter to visit Everest Base Camp on a private tour, do you offer this service?

Yes, we offer a private helicopter service, quite reasonable price with experienced pilots. One helicopter contains up to 5 guests. Please contact us for a good price.

Can I add some other destination to the journey?

Yes, you can add Gokyo Lakes with extra fees

Does the weather have a great effect on the helicopter flight?

Yes, the weather affects the flight especially in the rainy season (June to August), the remaining seasons are quite stable but the weather on the mountain sometimes is not predictable, We always update the latest weather to ensure guests’ safety.

If the tour is canceled due to weather conditions, will we get refunded?

How long does the tour take?

The total tour time is about 4-5 hours. Depending on the boarding time and weather conditions, the tour usually starts around 6:00 am and ends around 1-2 pm. 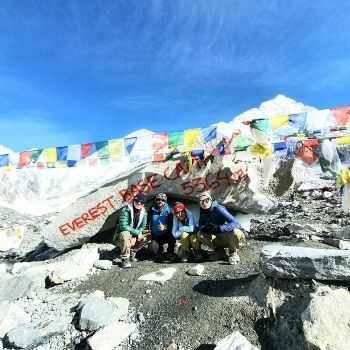 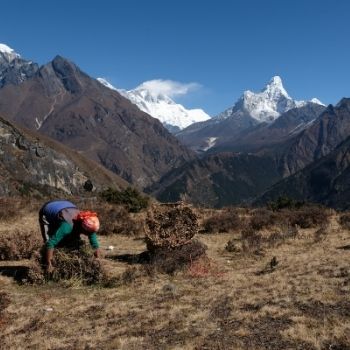 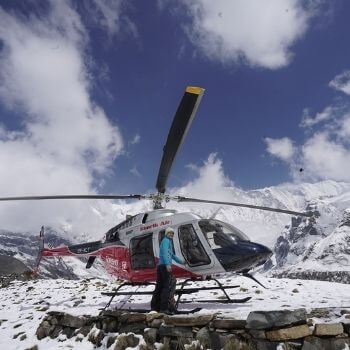 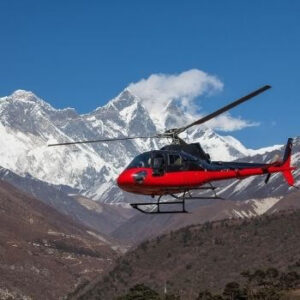